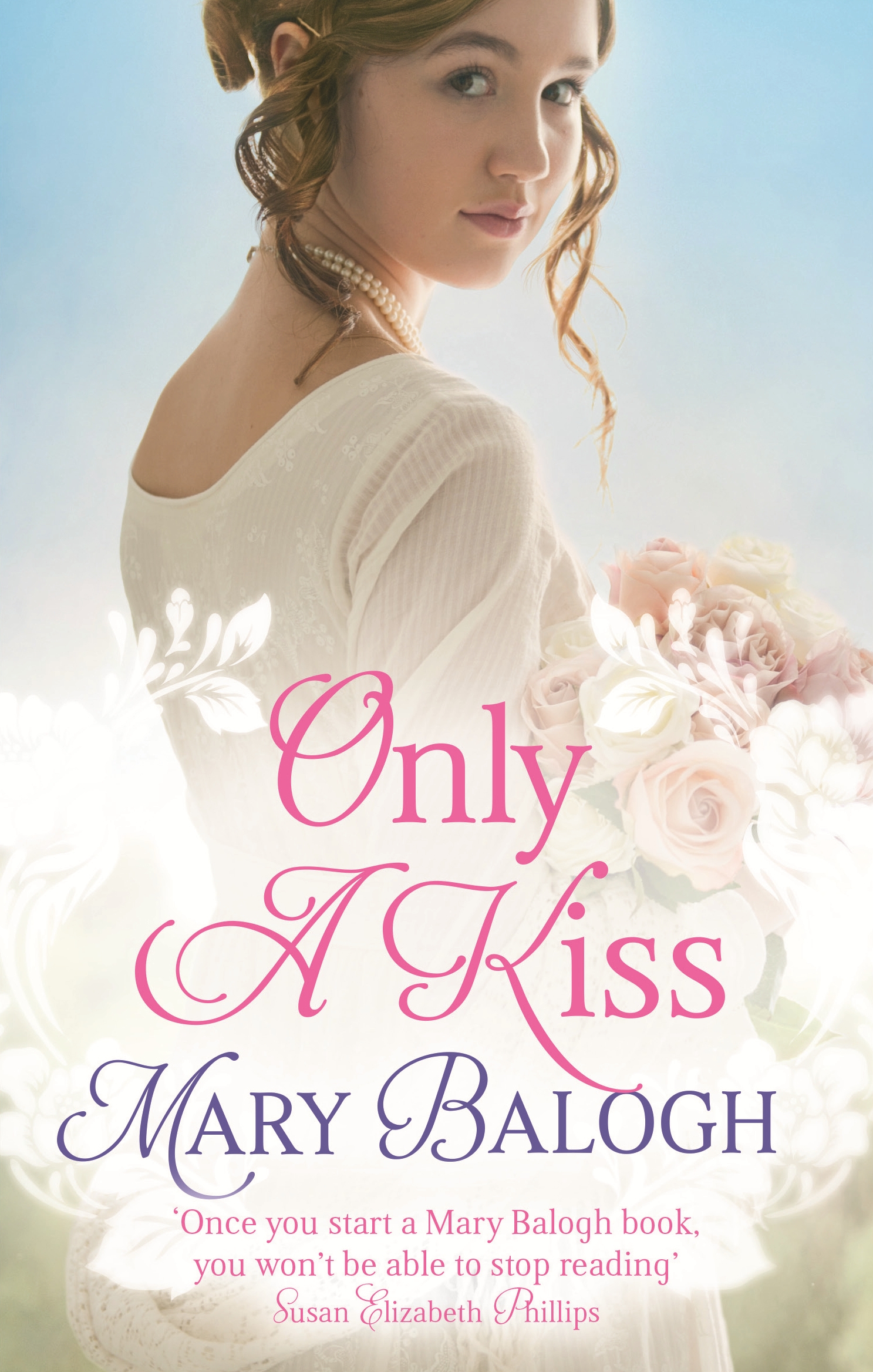 We are honoured to welcome this afternoon’s guest to Regency Week: international bestseller Mary Balogh, author of over 60 novels and one of the biggest names in Historical romance today.

We asked Mary to choose, out of all of her books, her very favourite kiss scene! With over 30 years of writing behind her, it’s a big call to make . . . Read on to find out what she chose!

I’d like to choose the kiss that gave my newest book, Only a Kiss, its title.

Percy, Earl of Hardford, has come at last to the estate in Cornwall he inherited two years ago, only to find Imogen, Lady Barclay, his predecessor’s widowed daughter-in-law, in residence because the roof is off the dower house, where she usually lives. Imogen is not Percy’s type at all. He thinks of her as the marble lady. And he is not her type – he is altogether too flippant, too irresponsible. They quarrel in the library one night over who should pay for the repairs to her roof – each insists upon doing it. She is very close and very angry when she tells him he is no gentleman. But instead of defending himself, he curls one hand about the back of her neck and kisses her.

“He did not need even the fraction of one second to know that he had made a big mistake . . .  She broke off the kiss after perhaps two seconds and cracked him across one cheek with an open palm . . . His cheek stung and his eye watered . . . ‘How dare you,’ she cried . . . He owed her a groveling apology – at the very least. ‘It was only a kiss,’ he said instead.”

And Percy muses a little later when he is alone that if that kiss had lasted for two seconds, then for at least one of them she had kissed him back.

Buy a copy of Only a Kiss here: 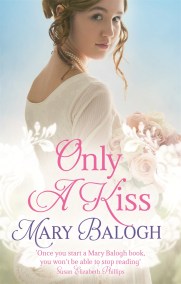 Enter the world of The Survivor's Club, where Regency England, in its drama and romance, comes vibrantly to life

Six men and one woman, injured in the Napoleonic Wars, their friendships forged in steel and loyalty. But for one, her trials are not over . . .

Since witnessing the death of her husband during the wars, Imogen, Lady Barclay, has secluded herself in the confines of Hardford Hall, their home in Cornwall. The new owner has failed to take up his inheritance, and Imogen desperately hopes he will never come to disturb her fragile peace.

Percival Hayes, Earl of Hardford, has no interest in the wilds of Cornwall, but when he impulsively decides to pay a visit to his estate there, he is shocked to discover that it is not the ruined heap he had expected. He is equally shocked to find the beautiful widow of his predecessor's son living there.

Soon Imogen awakens in Percy a passion he has never thought himself capable of feeling. But can he save her from her misery and reawaken her soul? And what will it mean for him if he succeeds?