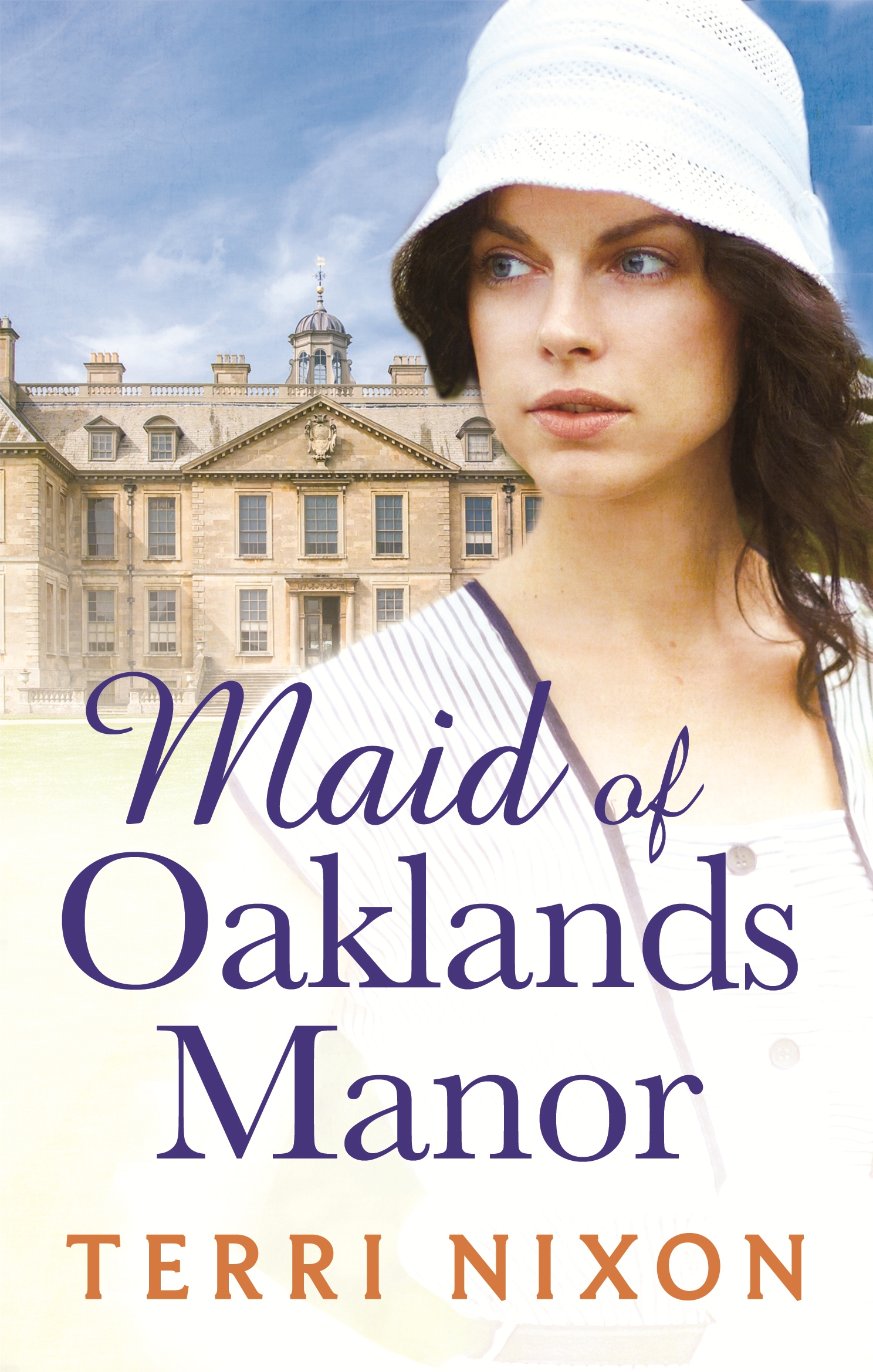 Terri Nixon, author of Maid of Oaklands Manor, introduces us to Jack Carlisle, the man who will steal Lizzy’s heart. Here, in this exclusive extract, we see just what the housekeeper thinks of Jack . .  .

It was no good, there was something about him … Mrs Cavendish tried to keep her attention on Lady Creswell’s instructions, and her pen made the necessary notes, born of long practice and an innate awareness of the household’s needs, but more than half her attention was on the man sitting quietly in the corner of the room. Why did he insist on spending all his free time here? His promise to Lord Henry had been honoured; he’d taken good care of the family after His Lordship had died in ’02, but it was past time to be getting back to his own life, surely?

She was well aware that most of the younger ladies were happy to ignore his rather shady behaviour; those dark blue eyes and strong features made willing fools of them, but not her. A smile, a friendly word from his quiet, northern-accented voice, and silly girls came over all blushes and chattering, but Jack Carlisle’s undeniable charms only made the housekeeper more suspicious; why had he no wife, no family? And where did he go, when he left Oaklands for long stretches at a time, if he’d no home of his own to tend to?

‘So that will be four extra for dinner,’ Lady Creswell was saying, and from the the corner of her eye Mrs Cavendish saw Mr Carlisle’s dark brows draw down in a frown; no love was spared between him and the obnoxious Wingfields, which should have gone some way to soothing her mistrust of the man, but it didn’t. And his reaction proved he was always listening, whether he appeared to be or not. She gave a little shiver.

‘Four,’ she repeated, noting it down. ‘Will that be all then?’

‘Unless you have any business you’d like to discuss?’

Mrs Cavendish put down her notebook. ‘Aye, well, it’s only that we’re still short-handed in the scullery. Is there any word on a replacement yet?’

‘Ah!’ Lady Creswell opened her desk drawer and pulled out a letter. ‘I have withdrawn the advertisement, since I received a rather fortuitous message from Jane Parker, who worked here a good while ago.’

‘I don’t remember the name, Your Ladyship.’

‘She left shortly before you came, I think. She married a miner and moved to the West Country. Anyway, her daughter is looking for a position, and Jane’s work was exemplary, so I have agreed to take the girl without interview. She arrives next week.’

‘Well we’ll have to change that, can’t have two Marys running around,’ Mrs Cavendish said, scribbling down the name. ‘I’ll arrange that with her when she arrives.’

‘Very well, thank you.’ Lady Creswell closed her accounts book and the daily audience was over. ‘Good morning.’

Mrs Cavendish rose. ‘Thank you, Your Ladyship.’ She turned to leave, and Mr Carlisle raised his head from his book.

‘Good morning, Mrs Cavendish,’ he said, and smiled. Mrs Cavendish nodded, but didn’t return the smile; he would bear very close watching. She pulled the door closed behind her, and stood in the great hallway, her eyes roving over the paintings of former lords and ladies of Oaklands Manor … they looked down at her with tranquil familiarity, but Mrs Cavendish had the unsettling idea that a dark change was coming, and that Mr Jack Carlisle was going to be at the heart of it.

Maid of Oaklands Manor by Terri Nixon celebrates its one year anniversary! It is available from Piatkus now! 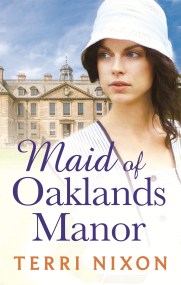 England, 1912 is a place of rigid rules. A chance meeting between scullery maid Lizzy Parker and heiress Evie Creswell is about to break them all . . .

Their meeting leads to more than an enduring friendship and a new job for Lizzy - it draws her into a world of privilege and intrigue and delivers her into the loving arms of a killer.

Meeting the handsome but mysterious Jack Carlisle, Lizzy begins to fall for him despite rumours he had been involved in the death of Evie's father. As she becomes further embroiled in the dangerous life that Carlisle lives, she must decide if he can be trusted with the life of a close friend, and, ultimately, if he is worth the risk to her own . . .

The story continues in Evie's Choice, out now!