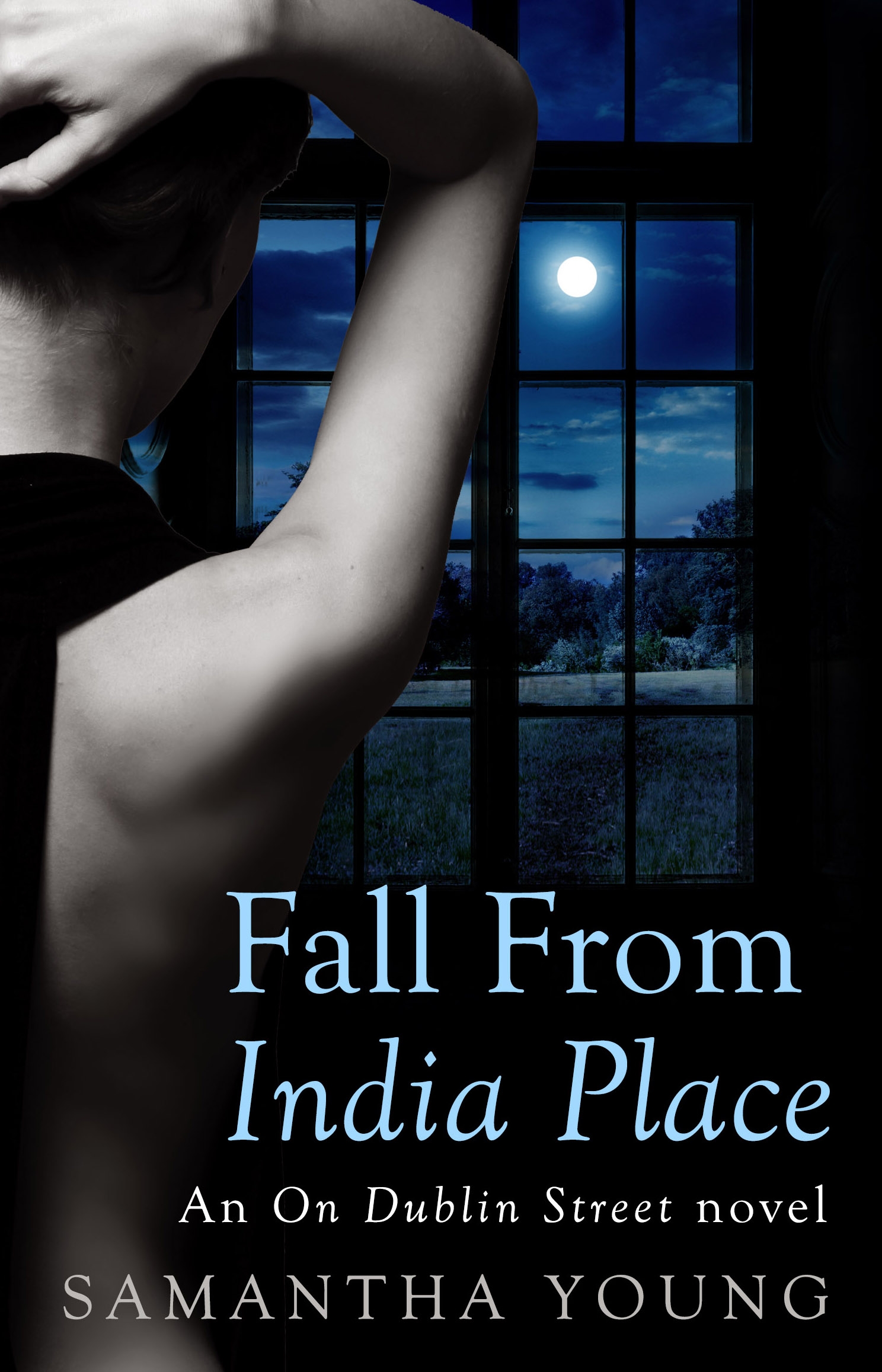 And Samantha Young has done it again! Another sneaky deleted scene for readers to enjoy before the publication of Fall from India Place . . . TOMORROW!

It wasn’t snowing. For this I was thankful. Snow was for when you were curled up safe inside with a fire roaring in a grate. It wasn’t for when you were driving a rental and taking the less than direct route to Dunoon, Argyll. Rather than driving west toward Greenock and then catching the ferry over, we were driving northwest to Loch Lomond and then turning back on ourselves but on the other side of the lochs that convened into the Holy Loch at Dunoon.

We were doing this because we wanted to take in a bit of the country, and although it was cold, no snow meant driving conditions were good.

Mostly we were doing this because Ellie hated the ferry.

Joss, Braden, Nate and Liv left at the same time as us in their rental late Friday afternoon for the large lodge Joss and Braden had booked for the weekend in one of his favorite spots. However, they were taking the ferry so they’d be arriving before Marco and I, who were riding in Adam’s rental with him and the ferry-hating Ellie.

Marco didn’t mind. He hadn’t seen much of the highlands and was sitting in the front passenger seat quietly taking in the passing scenery.

“I don’t know why Jo decided not to come. I thought she was going stir crazy in the flat,” Ellie said.

I glanced to my side, looking up from my ereader to take in Ellie’s frown. Her cheeks were even puffier now, as were her lips. Her baby bump was pretty huge, too. She was wearing a thick, knitted, turtleneck sweater, wooly leggings and Uggs. Her long hair was stuffed under a knitted hat that had a giant bobble on it.

Completely adorable. As was the way Adam hovered over her every second of every minute.

“She was. But her hormones are all over the place. Cole said he wasn’t going because he didn’t want to be a third wheel to four couples and then Jo decided she didn’t want to go either. One minute she was fine, the next a mess. And being around you, Els,” I added dryly, “Someone who is handling this pregnancy with the same aplomb as your last doesn’t help Jo feel any better.”

“Aplomb?” Adam grinned teasingly at me in the rearview mirror.

I narrowed my eyes on my boyfriend. “What are you laughing at?”

He threw a small smile at me over his shoulder. “Babe, you used the word ‘aplomb’.”

He chuckled, turning to look back out his window.

“I have to say it’s nice to have an American guy in our group, Marco,” Ellie said randomly. “We’ve only had the American female perspective until now.”

Confused, I wrinkled my nose. “And how is being an American going to change his response? He’s a man. As far as I can tell they generally think the same way whether they’re Scottish, American, Chinese or Lithuanian.”

“Lithuanian?” Ellie wrinkled her nose right back at me. “What an obscure choice.”

“It’s hardly obscure. I could have said Tuvaluan.”

“Tuvaluan. The country of Tuvalu.”

Adam glanced at Marco before looking straight ahead at the road. “You sure you want to get involved with a Nichols sister?”

I watched as Marco smirked at my brother-in-law. “At least they’re not boring.”

Great. There was no telling what could happen if Marco actually became friends with Adam and Braden. I shot a panicked look at Ellie but she grinned at me like an excited five year old.

Marco, Adam, Ellie and I followed Joss down the wood-cladded hallway of the huge lodge we found ourselves in. Situated on the hill of the holiday park, set somewhat away from the other, smaller lodges, the massive open plan lounge and kitchen had floor-to-ceiling glass windows and a deck with a hot tub. It also looked out over the stunning Holy Loch. A coal fire was already burning by the time we arrived. Nate and Liv were curled up on one of the many sofas, a blanket wrapped around them, looking like something out of an advert for lovers’ weekend breaks.

Delicious smells wafted toward us from the opposite end of the room in the kitchen where Joss and Braden were already cooking. As soon as we arrived Joss led the four us into the back of the lodge. We hit a T-hallway and Joss pointed left at the top.

“Els, Adam, you’re across the hall from me and Braden. The door on your left.”

Ellie nudged past us grinning. I couldn’t help but laugh. My sister was in such a good mood these days she’d make even the grumpiest person happy.

Joss looked at me and then Marco and a knowing gleam appeared in her eyes. “You two are on the right across from Nate and Liv. Door on your left. Dinner will be ready in half an hour.”

She wandered back down the hallway and Marco picked up our weekend bags and led me into our room. It was a great size and we had our own ensuite.

“This is nice.” He dropped the bags on the bed and looked at me. “Like really nice.”

I shrugged. “Braden has a taste for luxury.”

“I know. I build his apartments and houses.”

I smiled. “Right.” I looked back at the door, chewing on my lower lip.

“What are you thinking?”

He slowly made his way over to me, sliding his arm around my waist. I moved into him naturally, my hands coasting up his chest. Nothing felt as good as being in his arms. Nothing. “I was thinking you seem pretty comfortable here. Not that I’m not glad… I’m just surprised.”

Marco frowned. “What’s surprising about that?”

“You’ve never really come across as the weekend-break-in-the-highlands kind of guy.”

His features softened with understanding and he gave my waist a squeeze. “I’m here because your family is important to you and I want to get to know them.”

I melted into him. “That’s such a good answer which makes the next thing I’m thinking a real bloody pain in the arse.” Marco waited for me to elaborate. “The walls are thin and Nate and Liv are across the hall. We can’t have sex.”

Marco bent his head to scatter barely-there lip brushes along my jaw. He whispered into my ear. “We can’t have loud sex.”

I shivered and sighed, turning my face to nuzzle his jaw. “No sex.” But I didn’t sound that convincing.

His hand slid down my back to caress my butt. “I think I can change your mind.”

“Mmm.” I pushed my hands under his shirt, feeling his hard abs. “I think you can too.”

“We better not start anything.” Marco replied gruffly. “We’ve got dinner in a little while and I don’t think I’ll make the right impression if I go out there sporting a hard on.”

I giggled, wrapping my arms tighter around him. “Perhaps not the right one but I’ll definitely be the envy of all the women.”

He laughed, kissed my neck and patted my bum. “Let’s leave this room before I throw you on that bed and fuck you senseless. Loudly.”

I laughed and reluctantly let him drag me out of the room. 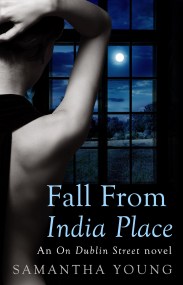 When Hannah Nichols last saw Marco D'Alessandro five long years ago, he broke her heart. The bad boy with a hidden sweet side was the only guy Hannah ever loved-and the only man she's ever been with. After one intense night of giving in to temptation, Marco took off, leaving Scotland and Hannah behind. Shattered by the consequences of their night together, Hannah has never truly moved on.

Leaving Hannah was the biggest mistake of Marco's life - something he has deeply regretted for years. So when fate reunites them, he refuses to let her go without a fight. Determined to make her his, Marco pursues Hannah, reminding her of all the reasons they're meant to be together . . .

But just when Marco thinks they're committed to a future together, Hannah makes a discovery that unearths the secret pain she's been hiding from him-a secret that could tear them apart before they have a real chance to start over again . . .

'A true gift for storytelling with a liberal dose of racy encounters. But what really sets it apart is exquisite characterisation, so vivid that the cast seeps into the reader's psyche'
- Daily Record

"Heartwarming, sizzling and captivating. . . . [Young's characters] are complex, a little flawed, and at their core good people struggling to make it in this crazy world. . . . Young creates steamy scenes that sizzle with just the right amount of details."
-Caffeinated Book Reviewer

"Ms. Young dives deep into the psyche of what makes a person tick emotionally, what stirs their vulnerability, and ultimately provides them the courage to be better individuals as well as partners. . . . The one thing you can count on from Ms. Young is some of the best steamy, sexual chemistry."
-Fiction Vixen Book Reviews

"A deceptively complex romantic contemporary romance that will have you laughing, crying, and swooning with delight."
-Smexy Books

"Just as hot and sexy as the first book. . . . Smart and sexy, Young writes stories that stay with you long after you flip that last page."
-Under the Covers

"Down London Road delivers on all fronts-charismatic characters, witty dialogue, blazing-hot sex scenes and real-life issues make this book an easy one to devour. Samantha Young is not an author you should miss out on!"
-Fresh Fiction

"Another flirty, modern, and sexy story. . . . Thanks to the characters' special connection and snappy dialogue, readers will feel the pull of Young's story from the get-go and root for a happy ending."
-RT Book Reviews 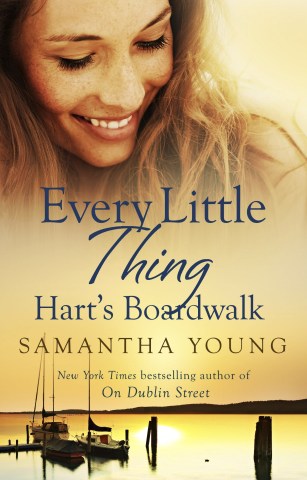 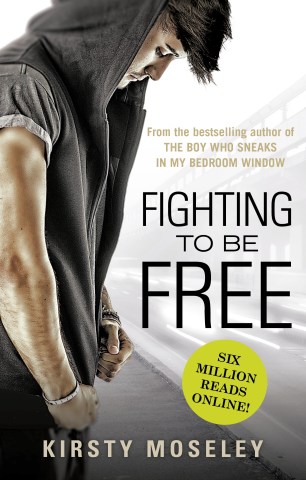 A Chat with Kirsty Moseley and Samantha Young