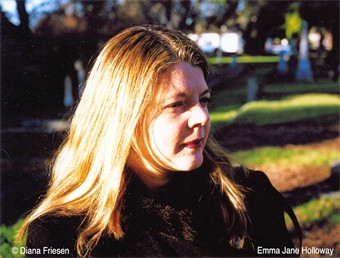 I am absolutely delighted to welcome the wonderful Emma Jane Holloway to Piatkus Entice! She is our very first Steampunk author on the list and her richly imagined world, beautifully written romance and compelling story lines grabbed our attention immediately. We’ll be sharing excerpts and exclusive messages from Emma over the next month, including some fab articles describing Steampunk for new UK readers. Watch this space!

A Study in Silks is the first in the series. Evelina Cooper, the niece of the great Sherlock Holmes, is poised to enjoy her first Season in London Society. But there’s a murderer to deal with – not to mention missing automatons, a sorcerer and a talking mouse . . .

In a Victorian era ruled by a council of ruthless steam barons, mechanical power is the real monarch and sorcery the demon enemy of the Empire. Nevertheless, the most coveted weapon is magic that can run machines – something Evelina has secretly mastered. But rather than making her fortune, her special talents could mean death or an eternity as a guest of Her Majesty’s secret laboratories. What’s a polite young lady to do but mind her manners and pray she’s never found out?

But then there’s that murder. As Sherlock Holmes’s niece, Evelina should be able to find the answers, but she has a lot to learn. And the first decision she has to make is whether to trust the handsome, clever rake who makes her breath come faster, or the dashing trick rider who would dare anything for her if she would only just ask.

Ever since childhood, Emma Jane Holloway refused to accept that history was nothing but facts prisoned behind the closed door of time. Why waste a perfectly good playground coloring within the timelines? Accordingly, her novels are filled with whimsical impossibilities and the occasional eye-blinking impertinence—but always in the service of grand adventure. Struggling between the practical and the artistic—a family tradition, along with ghosts and a belief in the curative powers of shortbread—Emma Jane has a degree in literature and job in finance. She lives in the Pacific Northwest in a house crammed with books, musical instruments, and half-finished sewing projects. In the meantime, she’s published articles, essays, short stories, and enough novels to build a fort for her stuffed hedgehog. 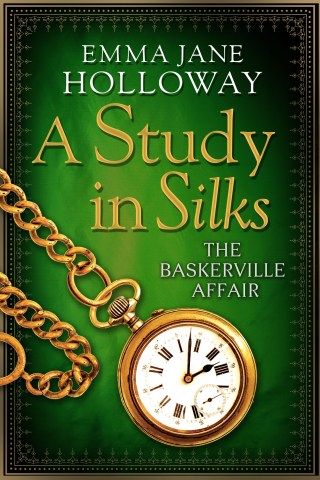