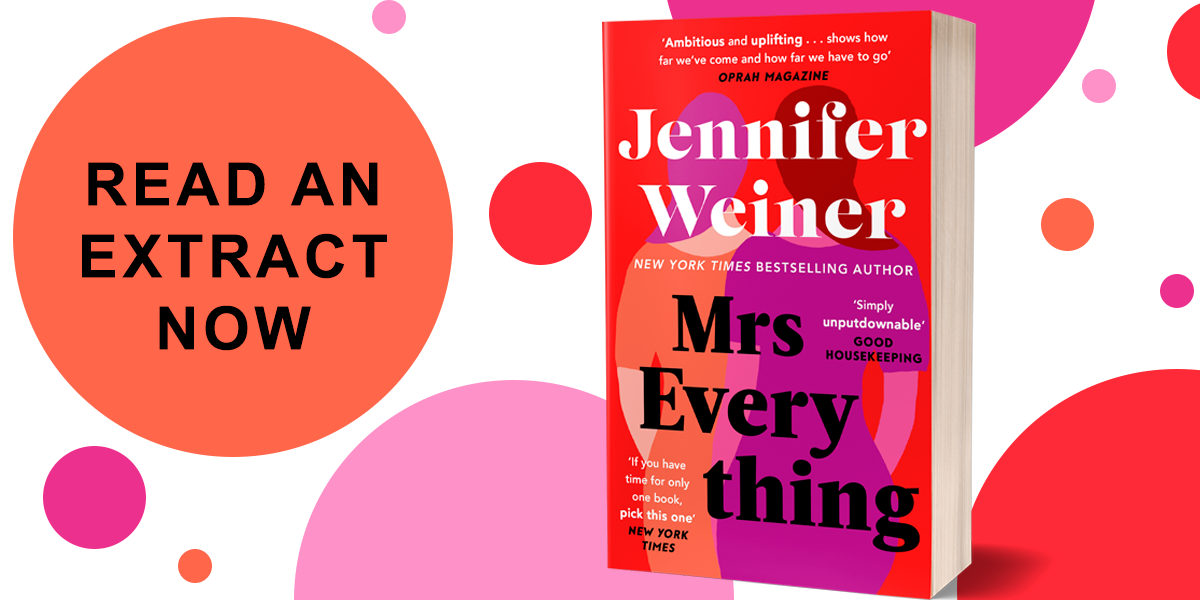 Her cell phone rang as they were on their way out of the movies. Jo let the crowd sweep her along, out of the dark theater and into the brighter lobby, smelling popcorn and the winter air on people’s coats, blinking in the late-afternoon sunshine. She pulled the phone out of her pocket. “Hello?”

“Jo?” Just from the sound of the doctor’s voice, just in that one word, Jo could hear her future. The Magic 8 Ball’s truth-telling triangle had flipped from REPLY HAZY or ASK AGAIN LATER to OUTLOOK NOT SO GOOD or MY SOURCES SAY NO. Her chest tightened, and her mouth felt dry. Her wife looked up at her, eyebrows raised in a question. Jo tried to keep her face expressionless as she held up one finger and turned away.

The first time, nine years ago, she’d found the lump while

in the shower, a pebble-like hardness underneath her olivehued skin, once drum-taut, now age-spotted and soft. This time, they’d caught it on one of the mammograms she endured every six months on the breast that remained. See? the radiologist had said, tapping the tip of a pen against a shadow on the image. Jo had nodded. Yes. I see. It was a tiny concentration of white in the cloudy gray dimness, barely bigger than the head of a pin, but Jo knew, in her bones, the truth of what she was seeing; she understood that she was looking at her doom.

“I’m sorry,” said the doctor. Jo caught a glimpse of herself in the movie theater’s windows, her face slack, her expression stunned. Mom’s spacing out again! she imagined Lila cackling. Leave Mom alone, her oldest daughter, Kim, would say, and Missy, the eventempered middle child, would ignore them both and pull a book out of her bag.

The doctor was still talking, her voice sympathetic in Jo’s ear. “You should come in so that we can discuss your options,” she was saying, but Jo knew that there weren’t any options left, at least, not any good ones. The first time around, she’d done the surgeries, the radiation, the chemotherapy. She’d lost her hair, lost her appetite and her energy, lost her left breast and six months of her life. After five years cancer-free, she was allowed to say that she was cured—a survivor, in the pink-tinted parlance of the time, as if cancer were an invading army and she’d managed to beat back the hordes. But Jo had never felt like a true survivor. She never believed that the cancer was really gone. She’d always thought it was in temporary retreat, those bad cells huddled deep inside her bones, lurking and plotting and biding their time, and every minute she’d lived, every minute since her fingers had come upon that lump under her wet skin, was borrowed. For nine years she had lived with the sound of a clock in her ears, ticking, louder and louder, its sound underlining everything she did. Now the ticking had given way to the ringing of alarm bells. Hurry up please, it’s time.

Jo shivered, even though she was wrapped in the puffy purple winter coat all three of her daughters made fun of. Underneath, she wore one of her loose cotton tops and a pair of elastic-waisted jeans that had to be at least fifteen years old and sneakers on her feet (“I guess those are her dressy sneakers,” Jo had overheard Lila say at the big seventieth birthday party Kim had thrown a few years before). Her hair was short, the way she’d always worn it, pale gray, because she’d stopped coloring it years ago, and she never wore makeup, or much jewelry, except for her wedding ring. She wondered what would happen if she let the phone thump to the blue-and-red carpet, what would happen if she started to scream, and found herself remembering the one actual scene she’d made, years ago, in a Blockbuster Video store, when such places had still existed. All those years later, and she could still remember the exact sound she’d made, how her laughter had turned shrieky and wild, the smell of the teenage clerk’s spearmint gum, and the feel of the girl’s hand on her shoulder as the girl had said, “Ma’am, I’m going to have to ask you to leave.” She remembered how Lila’s shoulders had hunched up high beside the pale, skinny stalk of her neck, and how Melissa’s voice had wobbled as she’d said, “We’re going, okay? We’re going right now.”

Time, she thought, as she gripped the phone in one numb hand. She needed time, as much as they could give her. Time to make sure that she’d done everything she could to make things right with her sister. Time to make Kim believe that she was a good mother. Time to convince Melissa that doing the right thing belatedly was better than never having done it at all. And Lila . . . well, eternity might not be long enough to solve Lila’s problems. But couldn’t God at least give Jo long enough to make a start?

She wanted to groan, she wanted to cry, she wanted to throw the phone at the colorful cardboard display of some superhero movie, and the teenagers posing in front of it, snapping selfies, laughing and making faces for the camera, as if they were all going to live forever. She felt her wife slip her small hand into Jo’s and squeeze. Jo blinked back tears and thought, Please, God, or whoever’s up there, please just give me enough time to make it right. 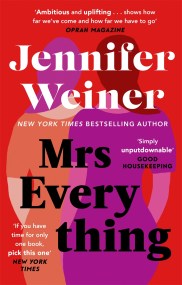 'An ambitious, immersive novel from the author of In Her Shoes' RED MAGAZINE

Jo and Bethie couldn't be more different . . . but the world expects them to be the same

Growing up in 1950s Detroit, the Kaufman sisters' roles in the family are clearly defined. Jo is the tomboy, the bookish rebel with a passion to make the world more fair; Bethie is the pretty, feminine good girl, a would-be star who enjoys the power her beauty confers and dreams of a traditional life.

But as the sixties begin, the world around them is changing fast. Soon nothing about their future seems to be what they'd hoped for or expected. Bethie becomes an adventure-loving wild child, while Jo becomes a proper young mother in Connecticut, putting the truth of what - and who - she really desires to one side. Neither woman inhabits the world she dreams of. Is it too late for them to stake a claim on the lives they really want?

Find out why everyone's talking about Jennifer Weiner

'If you have time for only one book this summer, pick this one' THE NEW YORK TIMES

'Mrs Everything is like Beaches but with mothers and daughters and sisters. I may never recover' JILL GRUNEWALD

'Jennifer Weiner has done it again. She has made me feel more emotions than I've felt in a long time' Goodreads reviewer 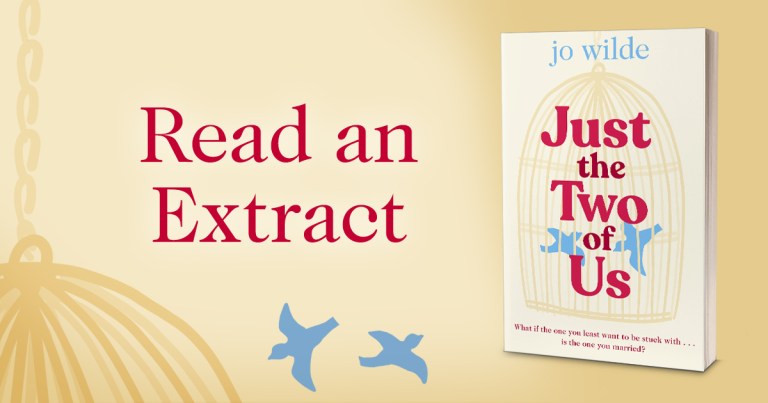 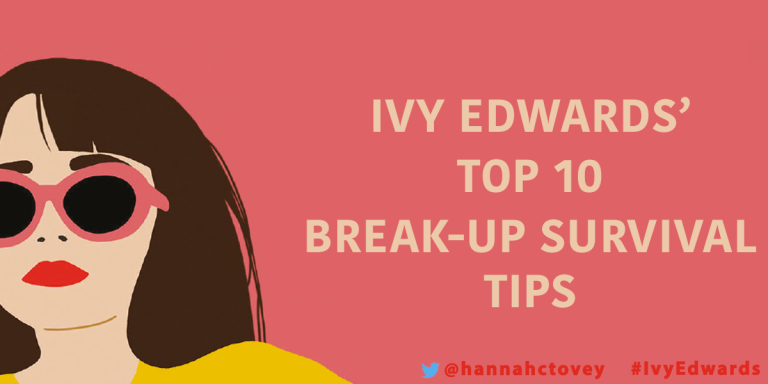 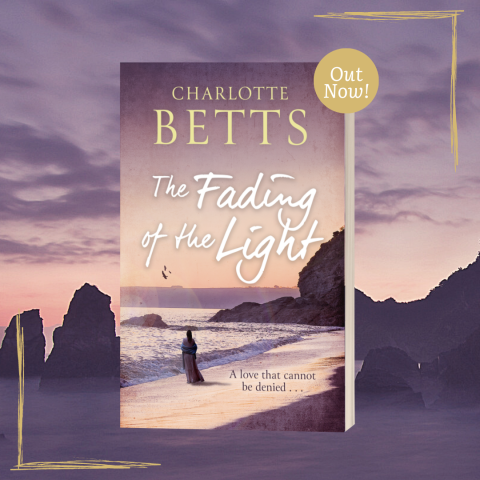