A Curse of Queens

The queen has been cursed, and no one knows who’s behind the plot to threaten the realm’s fragile peace. Desperate to help, Jocasta hatches a plan to find Circe’s Garden, a fabled island where she hopes to discover an antidote. But she can’t do it alone. She needs the strong arm and unflinching bravery of the warrior she’s loved since childhood-her brother’s right-hand-man and captain of the guard, Flynn of Sinta.

Together they can do the impossible. Yet with treachery brewing on Mount Olympus, one thing is clear: Thalyria and its new royals are still pawns in an epic game of power-one that might end in a War of Gods.

Praise for the Kingmaker series:
‘Absolutely fabulous. I didn’t want to put [Breath of Fire] down. Amanda Bouchet is now on my auto-buy list! I highly recommend her books to my readers and to anyone looking for a great blend of fantasy and romance.’ C.L. Wilson, New York Times and USA Today bestselling author of The Winter King

‘A Promise of Fire made me laugh out loud more than once.’ Thea Harrison, New York Times bestselling author of the Elder Races series 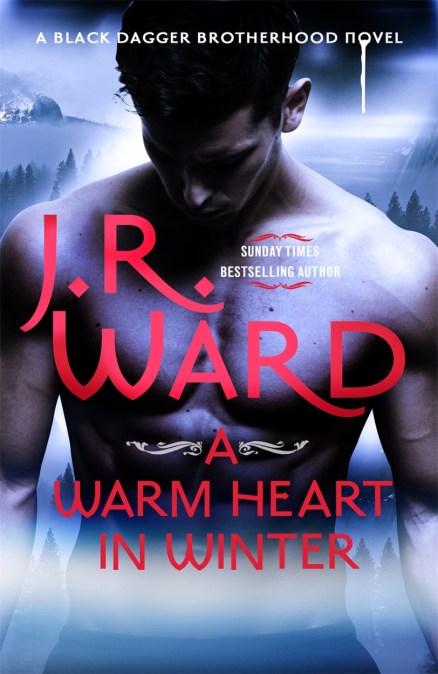 A Warm Heart in Winter

#1 New York Times bestselling author J.R. Ward is heating things up this winter with a holiday novel featuring some of her most iconic Black Dagger Brothers.

Will a freak winter storm bring the unthinkable, or will a warm heart in winter ensure that true love is not lost?

Find out why readers are OBSESSED with the Black Dagger Brotherhood…

‘Insanely good! . . . Intensely romantic and straight up flipping steamy, violent and gruesome, heartbreaking and deep. Her addictive writing tells a story like none other’ Goodreads reviewer

‘I can’t get enough of these sexy, tough, intriguing vampires’ Amazon reviewer

‘A must read’ Goodreads reviewer

‘The story had me captivated the whole way‘ Kobo reviewer

‘Each and every character is compelling’ Amazon reviewer 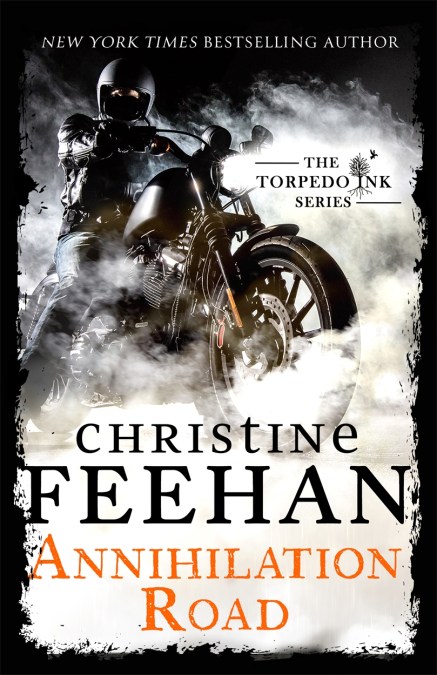 Savin ‘Savage’ Pajari is convinced he’s not worth a damn thing. Unlike his brothers, he’s a killer – a man no woman could truly love. So, when a stranger risks her own life protecting his, he can’t believe it. If he had any kind of sense, he’d leave her alone, but Savage can’t get the smart-mouthed woman who saved his life out of his head. With one kiss, he’s lost.

Seychelle Dubois has spent her entire life not feeling much of anything, until Savage comes along and sets her whole body on fire. Kissing him had been a mistake; letting him get close would be a catastrophe. He’s the most beautiful – and damaged – man she’s ever met, yet somehow the most irresistible.

Seychelle knows so little about Savage or the dangerous world of Torpedo Ink, but his darkness draws her like a moth to a flame. Loving him could mean losing herself completely to his needs – needs she doesn’t understand but is eager to learn. But what Savage teaches her could destroy her.
Find out why readers are OBSESSED with Christine Feehan

‘After Bram Stoker, Anne Rice and Joss Whedon, Christine Feehan is the person most credited with popularizing the neck gripper’ Time

‘Feehan has a knack for bringing vampiric Carpathians to vivid, virile life in her Dark Carpathian novels’ Publishers Weekly 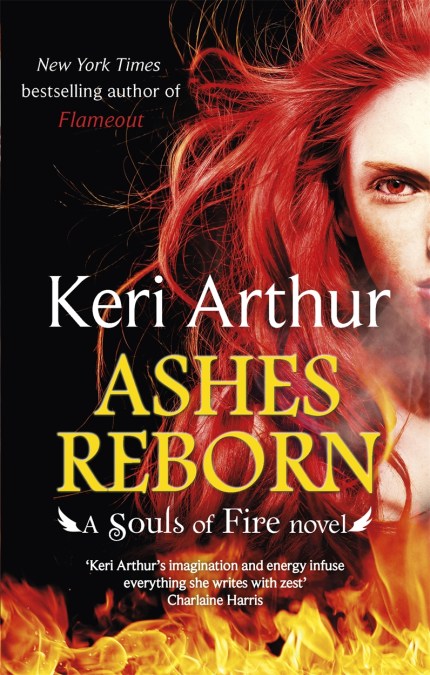 by Keri Arthur
The clock is ticking as Emberly – a phoenix capable of taking human form – races to take revenge against the sadistic and mysterious Rinaldo. The elusive rebel leader threatens to keep killing until he is given all of the research about a plaguelike virus derived from vampire blood.

Forced to reach out to the Paranormal Investigations Team for help, Emberly and her partner, Jackson, must decide who to trust as they follow the trail of dead bodies. When classified information is leaked and their safe house is ambushed, Emberly’s suspicions are confirmed – someone at PIT has betrayed them. 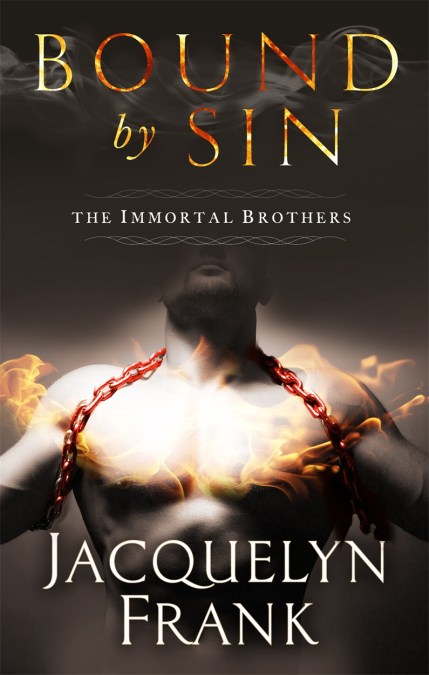 by Jacquelyn Frank
From New York Times bestselling author Jacquelyn Frank comes a thrilling new series featuring four warrior brothers who have the power – and the curse – of immortality . . .

After being chained to a star to burn endlessly as punishment for stealing immortality from the gods, Jaykun has been unshackled to wage war alongside his brothers. But his freedom comes with a price: Each night Jaykun must still suffer – his body burning from the inside out. One early morning, recovering from his torment, he encounters a beautiful stranger on the beach. Naked from her midnight-black hair to her sandy toes, she approaches him with starry-eyed innocence and the unmistakably full body of a woman.

Soon Jaykun is swept up with the force of a comet, his desire for this woman hotter than any sun. His brothers fear he is blinded by her radiant beauty, and that she has been sent by their enemies to seduce and destroy him. Jileana is indeed from another world – one Jaykun cannot begin to imagine. But will their passion burn brightly enough to light the way through the darkness that threatens to consume all in its path?

Perfect for fans of Christine Feehan and JR Ward, this sensual, addictive new series will become your new obsession 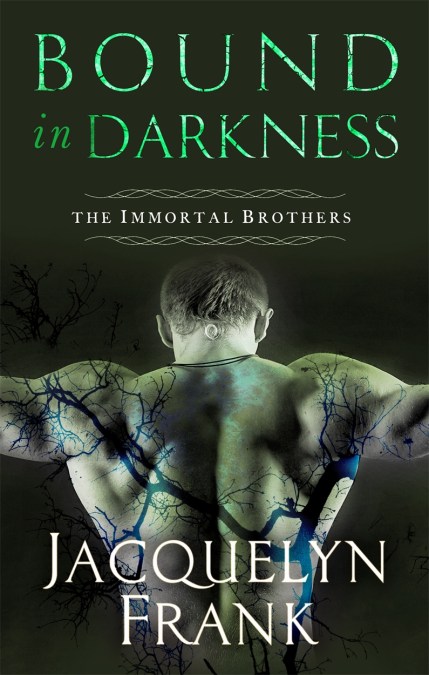 After drinking from the fountain of immortality along with his brothers, Maxum is condemned by the gods to be entombed in the earth. Even though he has now been granted a reprieve by day, each night he is buried anew, his rock-hard body immobilized, his bones crushed by the pressure. When he emerges, his body heals, but his spirit remains scarred. There is only one way for Maxum to be completely free: He must kill the god who cursed him.

The task will require tremendous power, so Maxum must gather talismans to equip him for the battle. To help him on this quest, Maxum approaches the alluring Airianne and strikes a bargain as tempting as it is audacious. A skilled thief, Airianne could be a valuable ally, if only Maxum could trust her. Will this stealthy seductress also try to steal his heart or will their boldness end up getting them both buried?

Perfect for fans of Christine Feehan and JR Ward, this sensual, addictive new series will become your new obsession 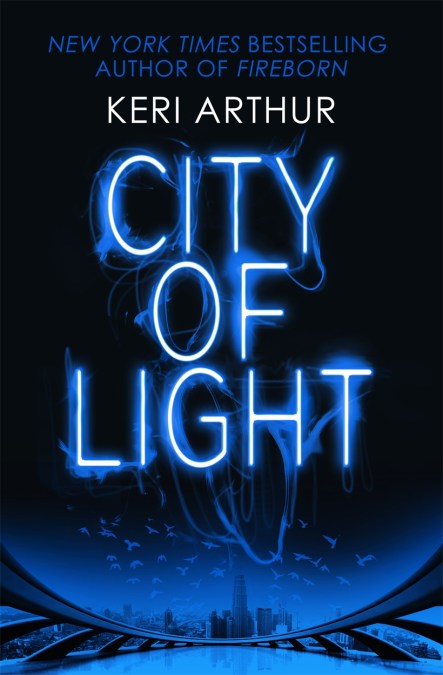 by Keri Arthur
When the bombs that stopped the species war tore holes in the veil between this world and the next, they allowed entry to the Others – demons, wraiths, and death spirits who turned the shadows into their hunting grounds. Now, a hundred years later, humans and shifters alike live in artificially lit cities designed to keep the darkness at bay….

As a déchet – a breed of humanoid super-soldiers almost eradicated by the war – Tiger has spent her life in hiding. But when she risks her life to save a little girl on the outskirts of Central City, she discovers that the child is one of many abducted in broad daylight by a wraith-like being – an impossibility with dangerous implications for everyone on earth.

Because if the light is no longer enough to protect them, nowhere is safe… 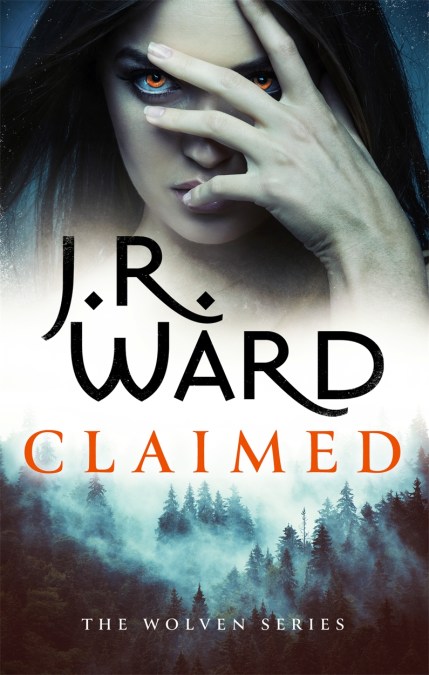 A heart-pounding new series set in the Black Dagger Brotherhood world, with a scientist fighting to save the timber wolves – and getting caught in a deadly trap herself . . .

Lydia Susi is passionate about protecting wolves in their natural habitat. When a hotel chain develops a tract of land next to the preserve, Lydia is one of the most vocal opponents of the project-and becomes a target.

One night, a shadowy figure threatens Lydia’s life in the forest, and a new hire at the Wolf Study Project comes from out of nowhere to save her. Daniel Joseph is both mysterious and someone she instinctively wants to trust. But is he hiding something?

As the stakes get higher and one of Lydia’s colleagues is murdered, she must decide how far she will go to protect the wolves. Then a shocking revelation about Daniel challenges Lydia’s reality in ways she could never have predicted. Some fates demand courage, while others require even more, with no guarantees. Is she destined to have true love . . . or will a soul-shattering loss ruin her forever? 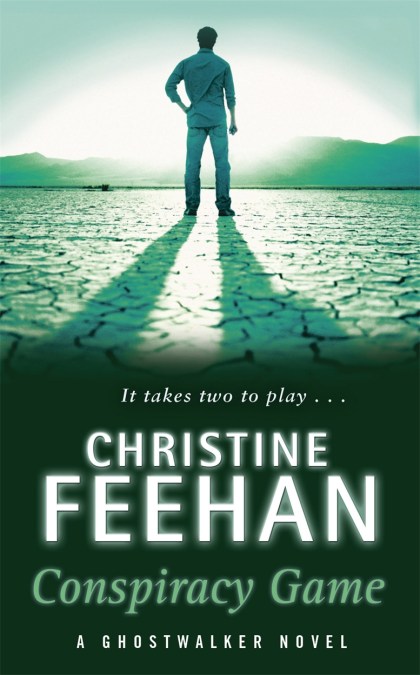 by Christine Feehan
Jack Norton is a GhostWalker, a genetically enhanced sniper with a merciless sense of justice, a phantom welcomed by the anonymity of the night. But a mission to rescue his brother in the jungle has left him vulnerable to rebel forces. His only salvation is his power of telepathy. Then he meets Briony, an unusual beauty on a mission of her own. But they share more than the sweltering heat … Briony shares the GhostWalker powers. Yet she’s different. She doesn’t know what she is, or what she’s capable of. But her enemies do. And Jack and Briony’s flight will take them into frightening conspiracy of mind and body – across the globe and into the heart of darkness, where the shocking truth is something neither of them could have foreseen – or can escape… 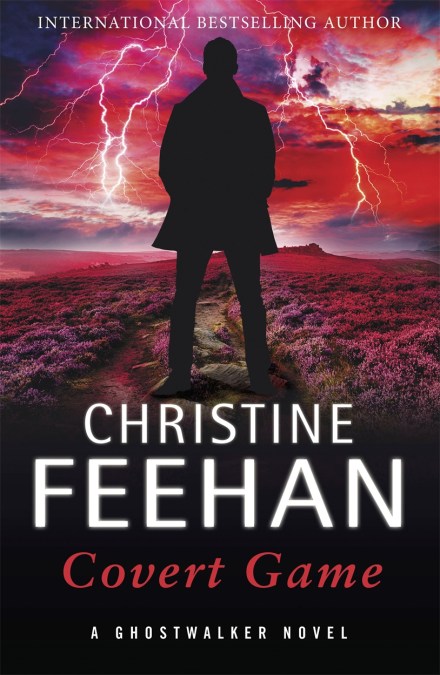 by Christine Feehan
Rescuing an industrial spy from the hands of a criminal mastermind is a suicide mission for the GhostWalkers. And there’s no one more up to the task than Gino Mazza. He’s the perfect killing machine–a man driven by demons so dark and destructive that his blighted soul has given up trying to find solace. But his laser-sharp focus on his target has transformed into something nearing desire.

A treasonous senator dangled top secret GhostWalker data in front of a Chinese crime lord, and he bit. Zara Hightower, one of the world’s leading experts on artificial intelligence, was sent in to psychically wipe the crime lord’s computer network. She succeeded, but at a huge cost. Now she’s the captive of a man who has descended into paranoid madness. Torture and death await her…

But GhostWalkers never leave one of their own in enemy territory. And it’s up to Gino to save Zara, or kill her if it turns out she’s led them into a trap. Either way, heaven or hell won’t stop him… 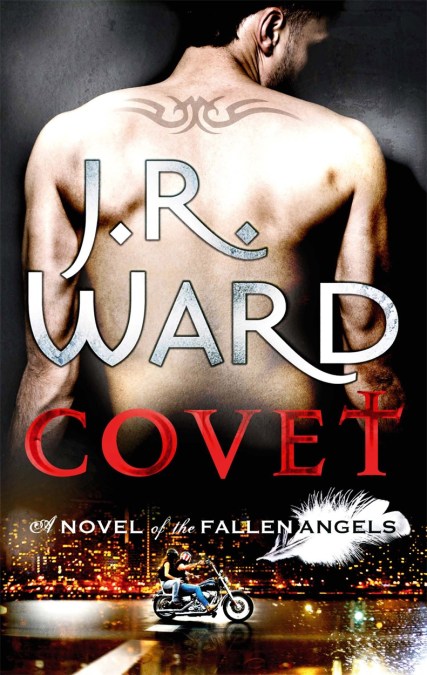 by J. R. Ward
Redemption isn’t a word Jim Heron knows much about – his specialty is revenge and, to him, sin is all relative. But everything changes when he becomes a fallen angel and is charged with saving the souls of seven people from the seven deadly sins. And failure is not an option.

Vin Di Pietro long ago gave himself up to his business – until fate intervenes in the form of a tough-talking, Harley-riding, self-professed saviour, and a woman who makes him question his destiny. With an ancient evil ready to claim him, Vin has to work with a fallen angel not only to win his beloved over…but to redeem his very soul. 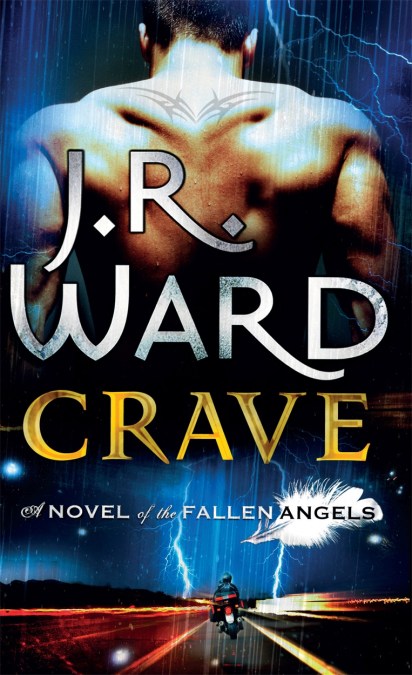 by J. R. Ward
The battle between good and evil has left the future of humanity in the hands of a reluctant saviour and his band of fallen angels. Seven deadly sins that must be righted. Seven souls that must be saved.

Fallen Angel Jim Heron has completed his first task: helping Vin Di Pietro to redeem his soul. Now he must identify and battle a demon that can take any form. Worse still, his old boss Matthias wants him to assassinate Isaac, a member of The Firm who’s gone AWOL – and Jim’s pretty sure he’s supposed to save him.

But before Jim can get to Isaac to warn him, Isaac’s picked up by the police for illegal street fighting. It’s soon clear that he is falling for his gorgeous public defender – will their love redeem his soul? Or has the demon Devina, who’s determined to see Jim fail, set an elaborate trap?
Next Page