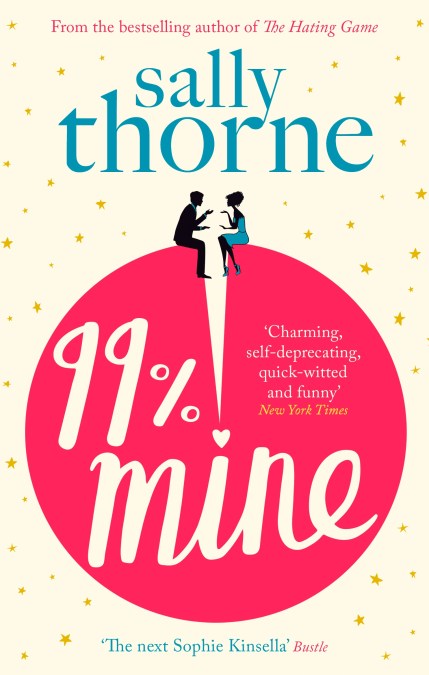 by Sally Thorne
‘The next Sophie Kinsella’ BUSTLE

crush (n.): a strong infatuation, particularly for someone beyond your reach . . .

Darcy Barrett found her dream man at age eight – ever since, she’s had to settle for good enough. Having conducted a global survey of men, she can categorically say that no one measures up to Tom Valeska, whose only flaw is that he’s her twin brother Jamie’s best friend – oh, and that ninety-nine of the time, he hasn’t seemed interested in her.

When the twins inherit their grandmother’s tumble-down cottage, they’re left with strict instructions to bring it back to its former glory. Darcy plans to leave as soon as the renovations start, but before she can cut and run – her usual MO – she finds a familiar face on her porch: Tom’s arrived bearing power tools, and he’s single for the first time in almost a decade.

Suddenly Darcy’s sticking around. Sparks start to fly – and not just because of the faulty wiring. But a one percent chance with Tom is no longer enough. This time around, Darcy’s switching things up. She’s going to make Tom Valeska ninety-nine percent hers.
____________

‘The perfect sexy, fun love story to read by the pool’ PAIGE TOON on 99% Mine

‘Charming, self-deprecating, quick-witted and funny.’ The New York Times on The Hating Game

‘A smart and funny modern romance.’ Good Housekeeping on The Hating Game 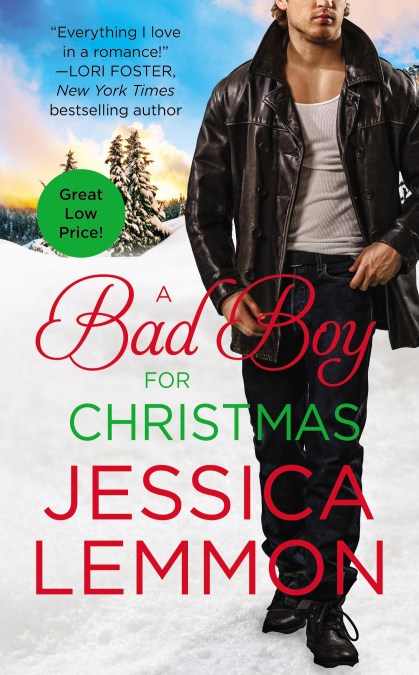 A Bad Boy for Christmas

by Jessica Lemmon
Faith Garrett’s down a fiancé, an apartment and a dream honeymoon in the tropics. At least she has a job but she hadn’t counted on working-and living-at a soon-to-be-opening Bed and Breakfast. Or playing house with sexy landscaper Connor McClain.

After escaping out from under his father’s thumb, Connor looks forward to his work being simple. Then Faith stumbles into his life and, shortly after, out of her bath towel, and “simple” doesn’t define the fiery attraction burning between them.

When Connor agrees to fill the role of Faith’s pretend fiancé, the lines between fantasy and reality blur. The fragile bloom in their hearts takes root and blossoms…into an unexpected emotion neither of them is ready for: Love. 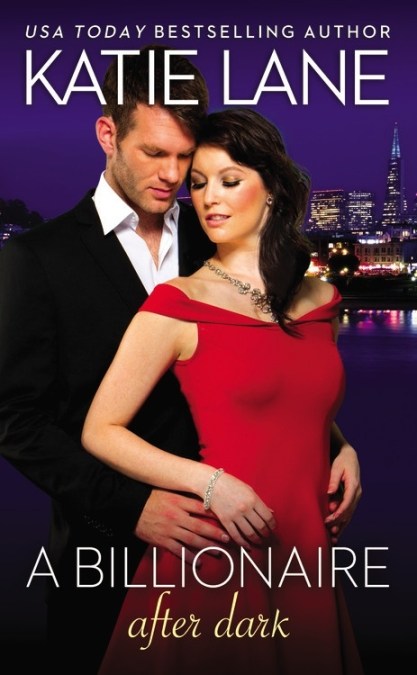 A Billionaire After Dark

It’s an undisputed fact that Nash Beaumont is the hottest of the Beaumont brothers. His slow, sensual smile charms every French Kiss employee-and tempts every woman to buy the company’s lingerie. But beneath Nash’s raw charisma is a dark, kinky side that he struggles to control . . . a side that may be exposed by one lovely-and unexpectedly adventurous-woman.

Reporter Eden Huckabee needs a story. And when she discovers Nash’s dirty little secret, she thinks she’s found it. But Eden doesn’t count on Nash turning the tables on her-or that she will fall so deeply for this unbelievably sexy, one-in-a-billion Beaumont. 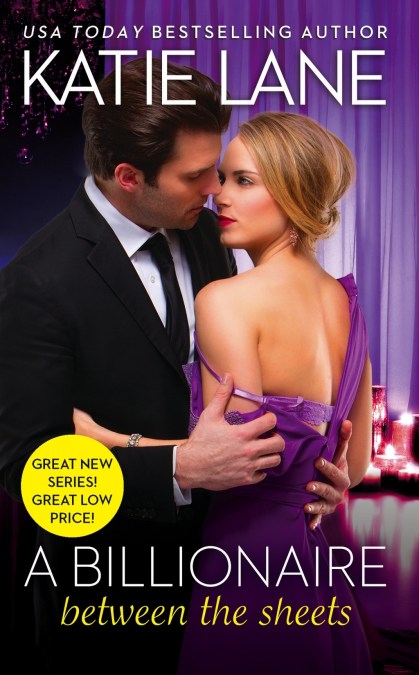 A Billionaire Between The Sheets

by Katie Lane
Overnight billionaires, the Beaumont brothers are thrust into life in the fast lane with exotic cars, private jets . . . and sex and success on their minds.

A commanding presence in the boardroom and the bedroom, Deacon Beaumont has come to save the failing company French Kiss. He was born to be boss in this glamorous new world of lacy lingerie and stunning supermodels. But one bold and beautiful woman dares to question his authority.

Olivia Harrington has dedicated her life to the company’s success. Just because Deacon is sexy as hell doesn’t mean he’ll make a better CEO. With a limitless supply of push-up bras and garter belts, Olivia turns her considerable feminine charms on Deacon to discover what makes him tick . . . and reveals instead the billion reasons why she wants him to stay. 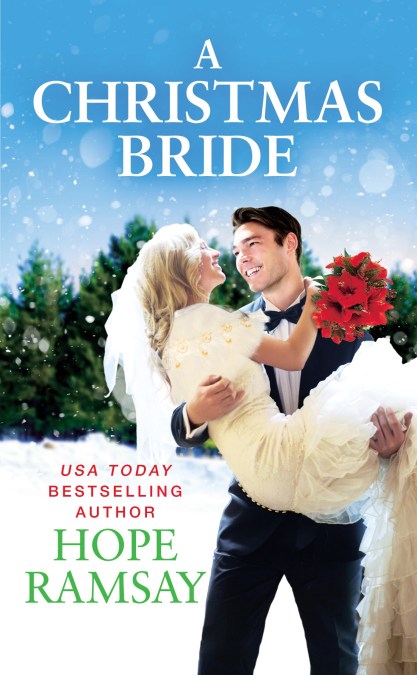 by Hope Ramsay
When Willow Petersen loses her job, her boyfriend and her self-confidence, she has no choice but to move back home to Liberty Falls where her mom soon points out, Willow needs a job. ASAP.

David Lydon has withdrawn from the world since his wife Shelly’s death in a boating accident, leaving his mother to raise his five-year-old daughter and no one to run failing Magnolia Hill Manor. Shelly was Willow’s friend growing up, so Willow takes the job to fulfill Shelly’s dream of restoring the old chapel and hosting weddings there.

Having Willow around is a painful reminder of the wife he’s lost but as the chapel books its first wedding on Christmas Eve, she helps David see that it’s time to deal with his grief and begin living life again to save the manor and his family. 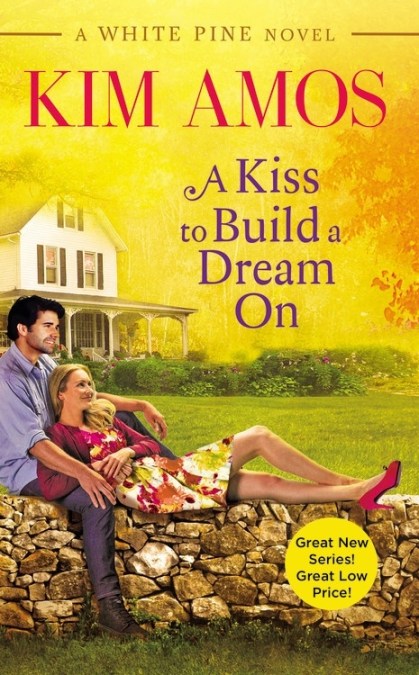 A Kiss To Build A Dream On

by Kim Amos
Twelve years ago, beautiful, blond, wealthy Willa Masterson left White Pine, tires squealing, for New York City, without looking back. Since then, she’s enjoyed everything New York has to offer a girl with unlimited resources. But the recent discovery that her boyfriend has squandered her inheritance in a Ponzi scheme sends Willa back to White Pine, to the only asset she has left: her childhood home, which she plans to turn into a high-end B&B.

Enter Burk Olmstead, the best contractor in town-and Willa’s high school boyfriend, whom she left high and dry when she moved away. Hard-working, hard-bodied Burk, who has been taking care of Willa’s childhood home for years, also has plans for the beautiful old house-plans that conflict with Willa’s B&B. When these two argue, sparks fly and reignite the fire that’s always been between them…but it may take the whole town of White Pine to get these two lovers back together for good. 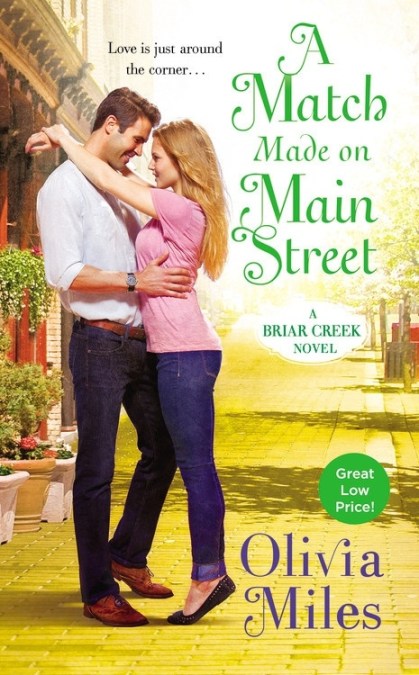 A Match Made On Main Street

by Olivia Miles
Anna Madison has faithfully avoided her old flame for six years, even though their Main Street restaurants are only a few blocks apart. The sting of his rejection was enough to make her swear off dating for good, but when her successful restaurant is damaged in a fire, she’s left to the mercy of the one man she’s spent years proving she doesn’t need…and convincing herself she doesn’t want.

Mark Hastings can’t say he’s happy being alone, but at least his heart is safe. Burnt out from running the Briar Creek diner, he’s ready for a change. He tells himself he’s just being neighborly by letting Anna use his kitchen, but being by her side again stirs up temptations he might not be able to resist a second time around. 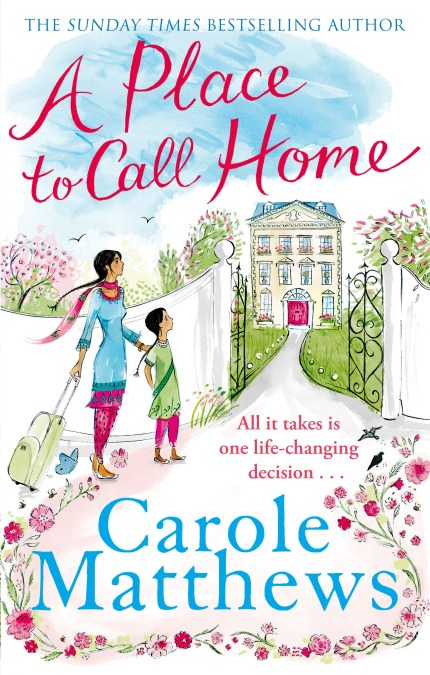 A Place to Call Home

by Carole Matthews
In the dead of night, Ayesha takes her daughter, Sabina, and slips quietly from her home, leaving behind a life full of pain. Boarding a coach to London, all Ayesha wants is a fresh start.

Hayden, a former popstar, has kept himself hidden away for years. He’s only opened up his home to two people – Crystal, a professional dancer with a heart of gold, and Joy, an ill-tempered retiree with a soft spot for waifs and strays.

When Crystal asks Hayden if Ayesha and Sabina can stay with them, he reluctantly agrees and, as different as they may be, they quickly form an unlikely bond. So when enemies threaten their peaceful home, they will do all they can to save it and each other.

Uplifting and emotional, this is a novel of new beginnings, of discovering love and of finding A Place to Call Home. 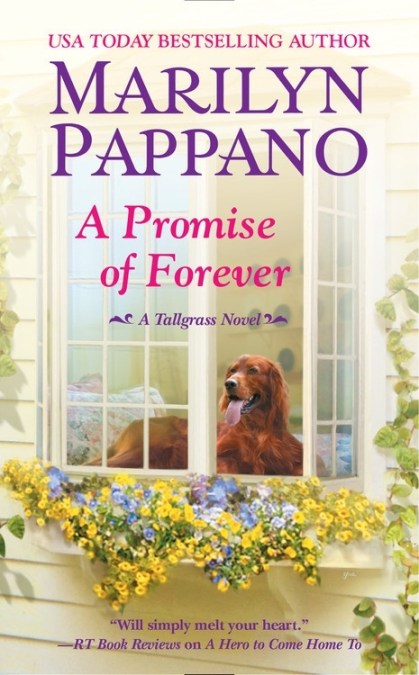 A Promise of Forever

by Marilyn Pappano
Sergeant First Class Avi Grant’s return to Tallgrass, Oklahoma is a long-deferred wish come true. With her final tour in Afghanistan over, Avi can focus on her future-a job here at home and a family of her own. There’s just one thing she has to do first: visit her beloved commanding officer’s widow and share her grief. The last thing she expected was to feel an instant attraction to the woman’s son. Too bad the sexy surgeon is impossible to ignore . . . and even harder to resist.

The sting of his parents’ divorce still niggles at Ben Noble. So when a warm, funny, and beautiful young sergeant arrives, mourning his stepfather’s loss as strongly as his mother does, Ben can’t help but feel conflicted. If his parents taught him anything, it’s that love doesn’t last-especially with a career soldier. But try as he might to keep his distance, Ben begins to see that Avi-and the spark she brings to his life-is the stuff forever is made of. As Avi’s leave ticks away, can Ben convince her to take a chance on forever with him? 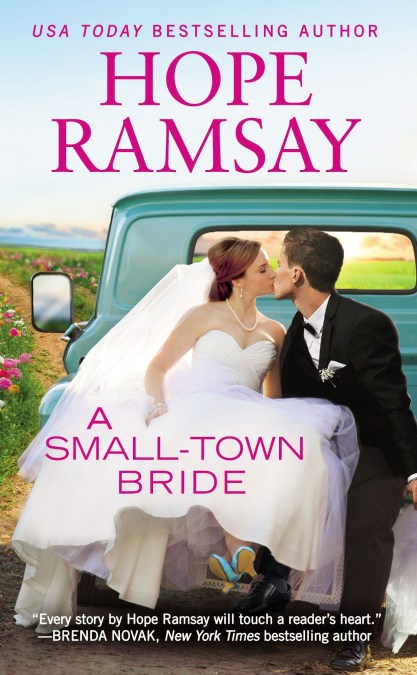 by Hope Ramsay
Cut off by her father, Amy Lyndon will do anything for a job. That’s how she finds herself working for her cousin’s best friend, Dusty McNeil, on the landscaping upgrade at Eagle Hill Manor. Dusty is unlike anyone Amy’s ever met. He’s taciturn and demanding, but he’s also kind and knowledgeable and sexy. Surprisingly sexy.

For Dusty McNeil, falling for Amy Lyndon is completely out of the question. She’s the daughter of the most powerful man in the county, and she’s just slumming it for the summer. But the more he gets to know Amy, the less he wants to make her life miserable and the more he wants to teach her about the things he loves.

Dusty knows that whatever is between them can’t last, not since he’s locked in a legal battle with Amy’s father over a valuable piece of land. But Amy is used to getting what she wants, and this time, she wants Dusty. 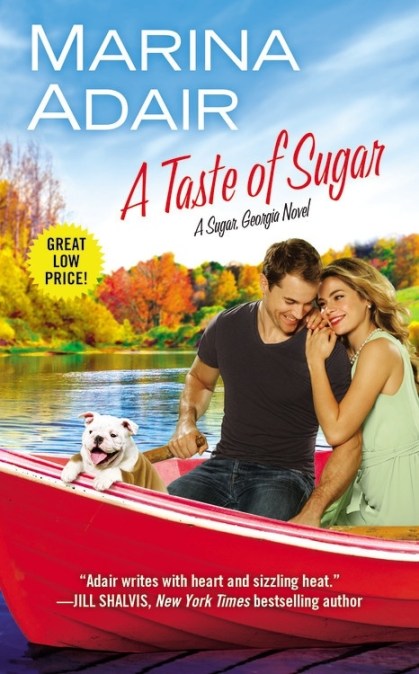 A Taste of Sugar

by Marina Adair
A blast from her past . . .
Charlotte Holden, Sugar’s favorite pediatrician, knows better than anyone that love only leads to heartbreak. Instead, she’s focused on creating the Grow Clinic, an outpatient center for children. All she has to do now is to host the best Founder’s Day Parade in the history of Sugar, Georgia, to win over a big-city donor. Easy as peach pie. Then sexy Jace McGraw blows back into town and utters those three words every woman dreads: we’re still married.

. . . leads to tantalizing trouble
Jace McGraw was making an offer on his dream business in Atlanta when he was told that his wife had some credit issues. Wait, his wife? The annulment went through years ago-or so he thought. He’d walked away only to keep his troublemaker reputation from ruining her dreams. But now that they have a second chance, Jace offers Charlotte a deal: he’ll grant a discreet divorce in exchange for 30 days and nights of marriage. Because this time he isn’t going to let her go without a fight. 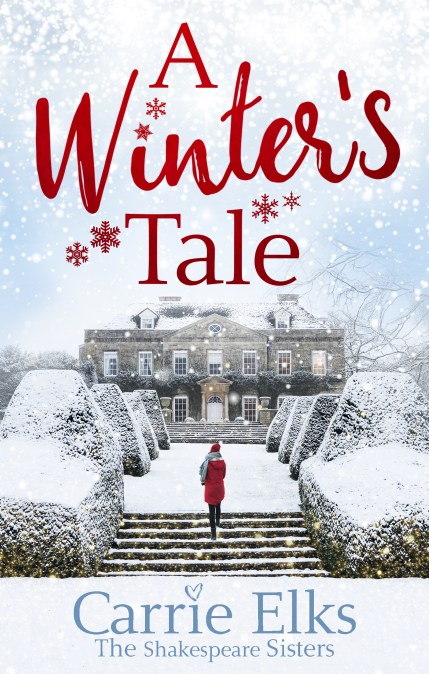 by Carrie Elks
‘An amazing romance that will captivate your imagination and warm your heart.’ Mad About Books

Christmas comes just once a year . . . but true love lasts a lifetime

Kitty Shakespeare moved from London to LA to make it in the film business – but unfortunately talent isn’t enough when interviews make you crumble. When she’s finally offered a job as a nanny to a major producer’s son, she snaps up the chance to at least make some contacts over the holiday. But she hadn’t counted on getting drawn into the Hollywood mogul’s messed up family, nor on his sexy-and-grumpy-as-hell brother, Adam.

Adam Klein may be sexy, but he’s also gruff, rude and completely impossible. Love at first sight this is not . . . but since when did the road to a Hollywood happy ending ever run smooth?

A heartwarming Shakespeare Sisters romance from the bestselling author of Summer’s Lease and Fix You.

‘If you’re after a book to get lost in, to step inside a world of characters you will adore, then this is the book for you.’ Whispering Stories Book Blog
Next Page