by Meg Cabot
Meg Cabot, #1 New York Times bestselling author of The Princess Diaries, returns to Little Bridge Island with a new story about an author with a case of writer’s block and an arrogant novelist who have to set aside their differences as they get through a weekend long book festival that just might change everything – including their feelings for each other.

Welcome to Little Bridge, one of the most beautiful islands in the Florida Keys, home to sandy white beaches, salt-rimmed margaritas and sizzling romance . . .

Jo Wright always swore she’d never step foot on Little Bridge Island – not as long as her nemesis, bestselling author Will Price, is living there. Then Jo’s given an offer she can’t refuse: an all-expenses paid trip to speak and sign at the island’s first ever book festival. And when she finds out Will won’t even be on the island, there’s no reason to refuse.

But when she arrives on Little Bridge, Jo is in for a shock: Will is not only at the book festival, but seems genuinely sorry for his past actions – and more than willing not only to make amends, but prove to Jo that he’s a changed man.
Things seem to be looking up – until disaster strikes, causing Jo to wonder: do any of us ever really know anyone? 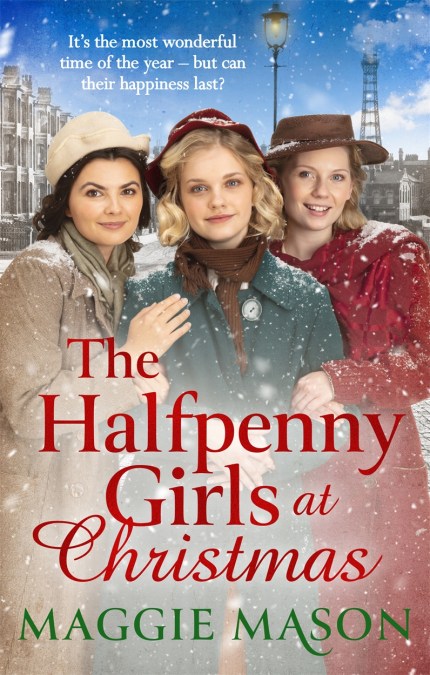 The Halfpenny Girls at Christmas

by Maggie Mason
Will their prayers be answered at the most wonderful time of the year?

As Christmas approaches, Alice, Edith and Marg continue to face hardships growing up on one of the poorest streets in Blackpool. Penniless, their friendship has helped them survive this far, but it’ll take more than that to see them through the dark days that lie ahead . . .

Newly married Alice receives shocking news about her pregnancy that threatens the future she’s always dreamed of, Marg is struggling to care for her ailing mother and ensure her little sister receives the education she deserves, and Edith is grieving the loss of her family while preparing to marry her sweetheart.

The Halfpenny Girls once again are faced with a struggle, but with the festive season upon them will family, friendship and Christmas spirit see them through?

The second in a brand new series from reader favourite Maggie Mason, The Halfpenny Girls is the perfect heart-warming family saga about overcoming hardship and the value of friendship. Perfect for fans of Val Wood, Kitty Neale and Rosie Goodwin.

ON THE STREETS OF LONDON, DANGER LURKS EVERYWHERE . . .

Liv Anderson can take care of herself and she knows how to make money in a man’s world. The daughter of a convicted murderer, she’s made her way in one of the roughest parts of London by entrapping men and extorting them for money. But Liv is playing a dangerous game and soon finds herself in trouble with the city’s most notorious gangster . . .

To repay her debt, Liv is forced to pose as a secretary for a local property developer and report back on his movements. She has no idea what she’s looking for, but she’ll do anything to stay alive. And after the murder of a local prostitute and the disappearance of a friend, Liv is starting to think survival may be harder than she realised.

But Liv isn’t only concerned with repaying her debt – she also wants to know more about her father. As she desperately tries to uncover the truth about his past, her suspicious behaviour places her in grave danger. But when you’re working with gangsters, who can you trust?

Full of the same danger and grit as it’s London’s setting, this is bestselling author Roberta Kray at the top of her game. Get ready for a KILLER read . . . 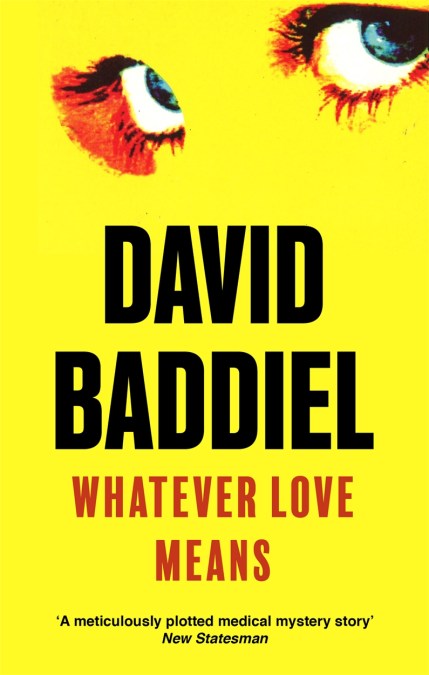 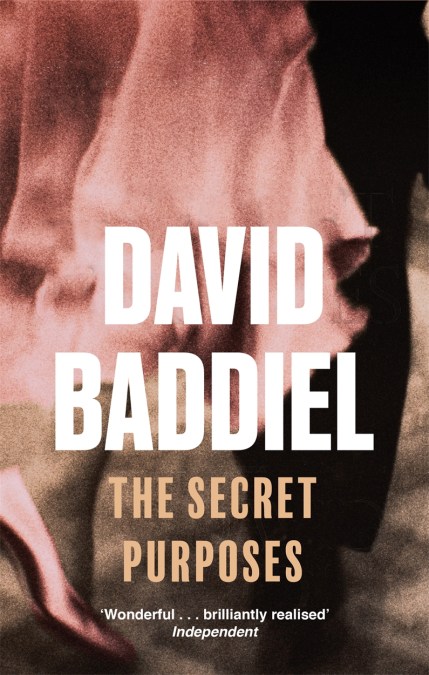 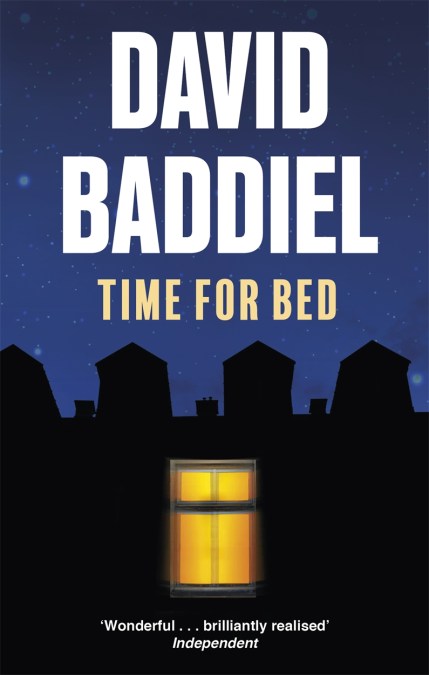 The Art of Pink Floyd The Wall

by Gerald Scarfe
The Art of Pink Floyd The Wall is a sumptuously illustrated book, collecting Gerald Scarfe’s iconic work for Pink Floyd. First The Wall was an album, then it was a stage show, a film – now there will be the definitive book, which will be a work of art in its own right.

This large, landscape-format book, presented in a stunning slipcase designed by Scarfe, is packed with photos, drawings and designs which will incorporate the iconic imagery of The Wall alongside new and previously unseen material.

Forty years on, The Wall has lost none of its impact, and its themes are more relevant than ever. Presenting the phenomenal artwork as it has never been seen before, The Art of Pink Floyd The Wall is a must-have for any Pink Floyd fan. 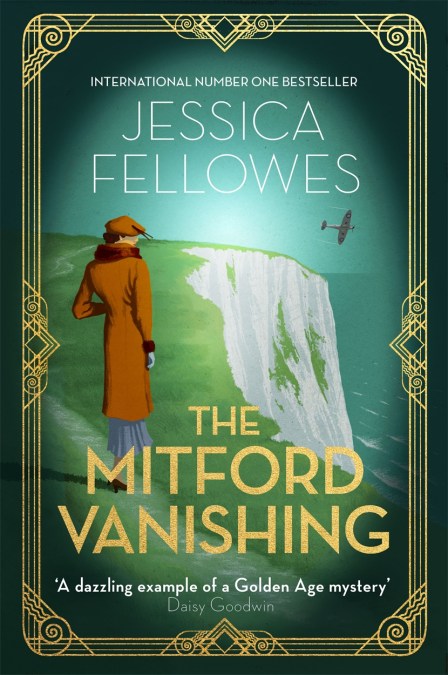 by Jessica Fellowes
A classic mystery starring the glamorous Mitford sisters and inspired real events, The Mitford Vanishing is the perfect story for fans of Agatha Christie.

1937. War with Germany is dawning, and a civil war already raging in Spain. Split across political lines, the six Mitford sisters are more divided than ever. Meanwhile their former maid Louisa Cannon is now a private detective, working with her policeman husband Guy Sullivan.

Louisa and Guy are surprised when a call comes in from novelist Nancy Mitford requesting that they look into the disappearance of her Communist sister Jessica in Spain. But one case leads to another as they are also asked to investigate the mysterious vanishing of a soldier.

As the two cases come together, Louisa and Guy discover that every marriage has its secrets – but some are more deadly than others. Suddenly home feels a long way away . . .

PRAISE FOR THE MITFORD MURDERS SERIES

‘Exactly the sort of book you might enjoy with the fire blazing, the snow falling etc. The solution is neat and the writing always enjoyable’
Anthony Horowitz 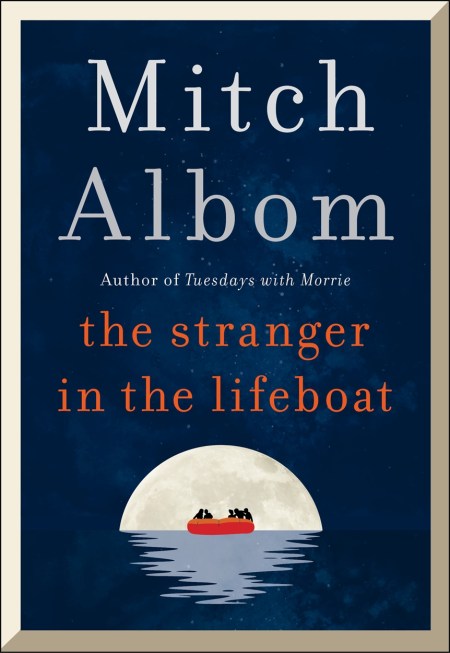 The Stranger in the Lifeboat

Adrift in a raft after their ship sinks, nine strangers wait for rescue. After three days, short on water, food and hope, they spot a man floating in the waves. They pull him on board – and the stranger claims he can save them.

But should they put their trust in this new stranger? Why did the ship really sink? And will any of them see home again?

The Stranger in the Lifeboat is a deeply moving, compelling novel about the power of love and hope in the face of danger, as well as a mystery that will keep you guessing to the very end.

‘Mitch Albom sees the magical in the ordinary’ Cecelia Ahern

The Gospel According to Little Artist Boy 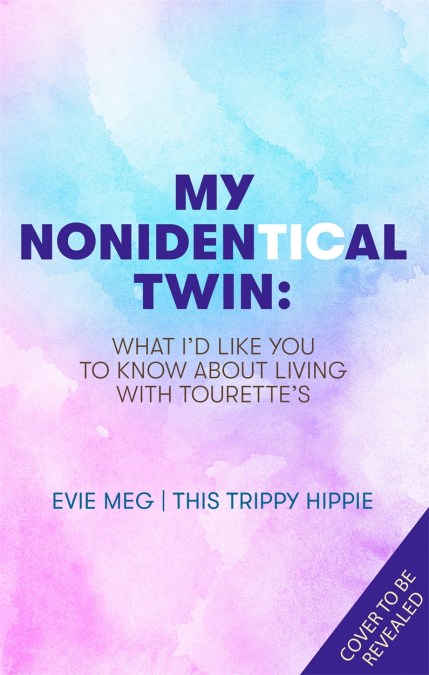 Hey guys, you might know me already from one of my social media channels where I talk about the highs and lows of living with Tourette’s Syndrome. I’ve loved sharing those times with you and – as there are lots of things I can’t fit into a 60 second video – I’ve decided to write a book! It’s the full story of how I came to be diagnosed and how having Tourette’s has changed my life. Writing it has given me an opportunity to talk about things I haven’t felt ready to share before – for some reason it’s easier to put down private things in written words than in a video!

I talk about the many other illnesses I’ve been through and the dreams that it’s affected – about my school days, relationships and my very lowest points – but I also talk about what I’ve managed to achieve in spite of all the obstacles. I hope it’ll make you laugh and make you think, and empower you to realise that no matter what you’re facing in life, there are always ways to deal with the challenges.

It’s also so important to me that people understand what life is like with a disability, so we can be compassionate towards each other. I’ve bared my soul in this book to hopefully help others to do this. I’m so excited (and just a little bit nervous) for you to read it! 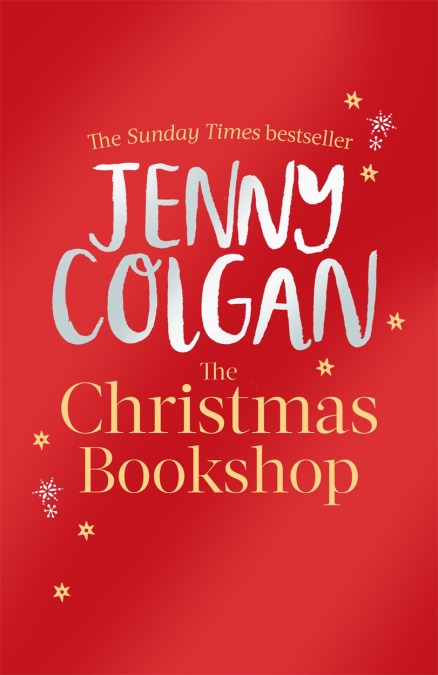 1969. A job in the Prison Service is not for everyone. The training is hard, the cells are dark and a thick skin is needed. But for Nell Lewis, helping prisoners is something she cares about deeply, and when she’s promoted into a new post as governor of HMP Brackerley in Yorkshire, she’s tasked with transforming the renowned run-down facility into a modern, open prison for women.

Just as Nell is settling into her new role, one of their female inmates goes missing. A search across the county ensues, until a man’s body is discovered in the prison grounds and the mystery takes a darker turn.

Can Nell resolve the sinister events at HMP Brackerley, before anyone else is put in danger?

From the bestselling author of the Kate Shackleton mysteries comes a new classic crime series set in 1960s Yorkshire and starring prison officer Nell Lewis. This is the perfect page-turner for fans of Jacqueline Winspear and Agatha Christie. 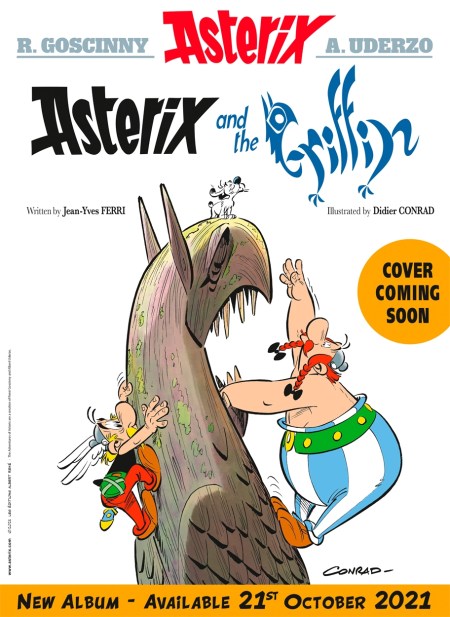 Asterix and the Griffin: Album 39

by Jean-Yves Ferri Illustrated by Didier Conrad
Be the first to read the next action-packed adventure from the indomitable Gauls by pre-ordering now!

by Imogen Hermes Gowar by Bridget Collins by Natasha Pulley by Kiran Millwood Hargrave by Elizabeth Macneal by Laura Purcell by Andrew Michael Hurley by Jess Kidd
Winter, with its unsettling blend of the cosy and the sinister, has long been a popular time for gathering by the bright flame of a candle, or the warm crackling of a fire, and swapping stories of ghosts and strange happenings.

Now eight bestselling, award-winning authors – master storytellers of the sinister and the macabre – bring this time-honoured tradition to vivid life in a spellbinding collection of new and original haunted tales.

From a bustling Covent Garden Christmas market to the frosty moors of Yorkshire, from a country estate with a dreadful secret, to a London mansion where a beautiful girl lies frozen in death, these are stories to make your hair stand on end, send shivers down your spine and to serve as your indispensable companion to the long nights of winter.

So curl up, light a candle, and fall under the spell of The Haunting Season . . .

Featuring new and original tales from:

Laura Purcell
Award-winning author of The Silent Companions
Next Page